The Once -- The Once 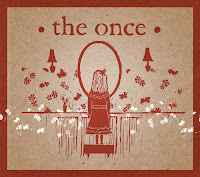 THE ONCE
The Once
Borealis
theonce.ca

The Once, a trio from Newfoundland, played at the Montreal Celtfest on July 31. I was there but, unfortunately, had to leave just before their festival-closing performance. If the concert was anything like their self-titled debut album – which has been nominated for three Canadian Folk Music Awards – I missed something very special.

They play a mixture of traditional material and first-rate contemporary songs drawn from such songwriters as Leonard Cohen, Tom Waits, Amelia Curran and others. Although there are no original songs on the CD, the arrangements are all strikingly original as they make each song uniquely their own.

About a third of the songs are sung a cappella by lead singer Geraldine Hollett with harmonies from Once-mates Phil Churchill and Andrew Dale. Their vocal arrangements on such songs as Leonard Cohen’s “Coming Back to You” and Tom Waits’ “The Briar and the Rose” – which I’ve always thought sounds like a traditional folksong – are spine-tingly beautiful. Hollett’s solo vocal on Scott Richardson’s “Marguerite”is absolutely riveting.

Churchill and Dale are both multi-instrumentalists and their arrangements on such songs as “Three Fishers,” sung beautifully by Hollett, the traditional “Maid On the Shore,” Amelia Curran’s “What Will You Be Building” and Leonard Cohen’s album-closing “Anthem” are superb. They also offer a fine medley of three Celtic instrumental tunes.

I do think there is a mistake in the credits. The composers of the contemporary songs are listed with a notation that all other songs and tunes are traditional. The words to “Three Fishers,” though, should be properly credited to Charles Kingsley, the 19th century poet. It’s been set to music several times and the version performed by The Once was composed by Garnet Rogers (and sung by Stan Rogers on For the Family).