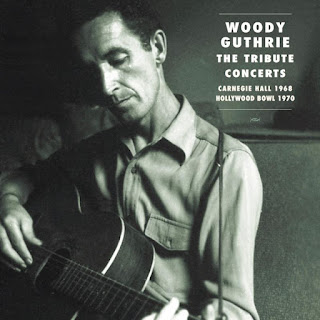 Woody Guthrie, one of the most important, iconic and influential of 20th century folksingers, songwriters, authors, activists, and social commentators died 50 years ago this month on October 3, 1967. Woody was 55 when he died after spending 13 years in hospitals due to Huntington’s disease, a hereditary neurological disease.

Woody left an extraordinary body of work created in a remarkably brief career. It used to be said that he wrote about 1,000 songs. Now thanks to the archival work of Nora Guthrie, Woody’s daughter, we know that he wrote about 3,000 songs – some of which have come to life over the past couple of decades as Nora has passed lyrics on to contemporary artists to set to music, and many of more of which we can still look forward to hearing in years to come.

I was barely into my teens when Woody died and it was right around that time that I was developing a serious interest in folk music. I bought my first Woody Guthrie LP within a week or two of hearing that he’d died. Pretty soon I also read Bound for Glory, his autobiography published in 1943. I was hooked on Woody’s songs and writings. Within a couple of years I was meeting some of Woody’s real life friends –  Sonny Terry, Brownie McGhee, Ramblin’ Jack Elliott, Logan English, Pete Seeger and others – who were all open to sitting and chatting with a kid who wanted to hear stories about their travels and adventures with Woody. Later on, I got to know Arlo Guthrie and Nora Guthrie and hear some of their stories about growing up as Woody’s kids.

After Woody died, multi-artist tribute concerts in his honor were held at Carnegie Hall in New York City on January 20, 1968 and at the Hollywood Bowl in Los Angeles on September 12, 1970, both produced by Harold Leventhal. The concerts were recorded and a couple of LPs with excerpts from those concerts, including scripted narration, were released in 1972 on Columbia and Warner Bros. Records. I eagerly bought those LPs when they first came out and returned to them frequently over the years.

But those LPs only gave us highlights of those wonderful concerts. A half-century later we have Woody Guthrie: The Tribute Concerts – Carnegie Hall 1968, Hollywood Bowl 1970, an amazing boxed set of three CDs and two hardcover books.

The first CD includes most of the Carnegie Hall concert (apparently one reel of the original tapes was lost) including singing performances by Pete Seeger, Arlo Guthrie, Judy Collins, Odetta, Tom Paxton, Richie Havens, and Bob Dylan, and narration by actors Will Geer and Robert Ryan. There is also a recording of Woody himself singing his great kids’ song, “Riding in My Car,” that must have been played for the audience at the concert. The backup musicians included bassists Raphael Grinage and Bill Lee and a group that would soon come to be known as The Band: Rick Danko, Levon Helm, Garth Hudson, Richard Manuel and Robbie Robertson. I would note that there were actually two Carnegie Hall concerts that day that followed the same script – an afternoon show and an evening show.

There are a good 20 performances on these CDs that were not on the original LPs. As well, the concerts have been restored to their original set orders rather than the artificial sequencing of tracks from the two shows on the LPs.

I can’t list highlights from these concerts because if I mention Tom Paxton singing “Biggest Thing That Man Has Ever Done,” how can I not mention his versions of “Pretty Boy Floyd” or “Pastures of Plenty”? And If mention Tom Paxton, how can I not mention the great performances by Odetta, Jack Elliott, Pete Seeger, Arlo Guthrie, Joan Baez, Richie Havens, Richie Havens, and Earl Robinson? I loved almost all of them – particularly the many collaborations on songs featuring two or three or more of the artists. Of course, the moving finales to the two concerts were full cast performances of “This Land is Your Land.”

I will say something about Bob Dylan’s Carnegie Hall performances of “Grand Coulee Dam,” “Dear Mrs. Roosevelt” and “I Ain’t Got No Home” with The Band. It was Dylan’s first public concert since his 1966 motorcycle accident and came after he’d spent much time in 1967 holed up with The Band recording what would later emerge as The Basement Tapes and more recently and much more intriguingly as The Bootleg Series Vol. 11: The Basement Tapes Complete. Dylan’s folk rock arrangements of these three Woody Guthrie songs, I think, can be seen as an outgrowth of the basement tapes process. The arrangements, I would add, don’t sound at all like Dylan’s John Wesley Harding album which was recorded after The Basement Tapes but before the Woody Guthrie tribute concert at Carnegie Hall.

It’s also interesting to note that Dylan – wisely, I think – left out the verses to “Dear Mrs. Roosevelt” pertaining to the Second World War-era summits in Tehran and Yalta, particularly the one that seemed to praise Joseph Stalin. It’s a verse that might have made sense in the 1940s – but certainly not after what the world started to learn in 1956 about the former Soviet dictator.

Linking the songs in both concerts is the narration from a script based on Woody Guthrie’s writings that was first put together by Millard Lampell – a member of the Almanac Singers with Woody, Pete Seeger, Lee Hays, Sis Cunningham and others in the early-1940s – for a benefit concert in 1956 after Woody had been hospitalized. Most of the narration was read by actors Robert Ryan, Will Geer and Peter Fonda but we also hear a poignant passage read by Judy Collins (Carnegie Hall) and Joan Baez (Hollywood Bowl) in which Woody recalled the childhood death of his sister Clara. My favorite passage in the narration comes when Will Geer recites Woody’s “I hate a song that makes you think you are not any good…” quote.

The bonus tracks that complete the third CD are mostly interviews about the concert – most of them newly recorded with performers who were part of the events like Arlo Guthrie, Tom Paxton, Ramblin’ Jack Elliott and Judy Collins. It’s interesting to hear about Arlo’s discomfort at the time about the how the concerts followed a script – particularly given Woody’s spontaneous nature.

While most of the artists and other interviewees look back with awe at their experiences, the set also includes a four-minute passage from a 1968 interview with Phil Ochs conducted by Gordon Friesen of Broadside Magazine (and released after Ochs’ death in 1976 on an LP, Broadside Vol.11: Interviews with Phil Ochs) in which Ochs speaks very resentfully about the Carnegie Hall concert and about his not having been invited to be part of it. It’s not pretty hearing him attack the concert itself and speak bitterly about certain artists he felt were less worthy than himself.

The final bonus track is Bob Dylan’s stunning spoken word piece, “Last Thoughts on Woody Guthrie,” that he recited at a Town Hall concert in New York on April 12, 1963 and that was previously released on the boxed set, The Bootleg Series, Vols. 1-3: Rare and Unreleased, 1961-1991. A perfect ending.

The two coffee-table-sized hardcover books included in the set are stunning. The main book includes substantial essays about Woody Guthrie, the concerts and the artists – with many amazing photographs – and much more Woody-related information. There are also reproductions of some of Woody’s drawings and original hand- and typewritten lyrics. The second book is a hardbound version of the songbook released in conjunction with the 1972 LPs that includes more great photos of Woody and the concert performers as well as the script and songs (music and lyrics) as they were sequenced on the LPs. Both books are something to behold.

I will be featuring excerpts from Woody Guthrie: The Tribute Concerts – Carnegie Hall 1968, Hollywood Bowl 1970 when I host the Saturday Morning program on CKCU on November 11 (7-10 am Eastern time). 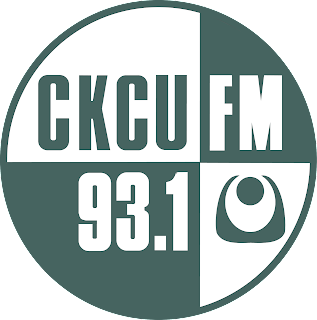 Saturday Morning is an eclectic roots-oriented program on CKCU in Ottawa heard live on Saturday mornings from 7 until 10 am (Eastern time) and then available for on-demand streaming. I am one of the four rotating hosts of Saturday Morning and base my programming on the Folk Roots/Folk Branches format I developed at CKUT in Montreal.

This episode of Saturday Morning can be streamed on-demand at https://cod.ckcufm.com/programs/128/34483.html.

Kat Goldman- Take It Down the Line
The Workingman’s Blues (Kat Goldman)
Crowes Pasture- It’s All Over Now, Baby Blue
Edge of America (Crowes Pasture)
Chris Hillman- When I Get a Little Money
Bidin’ My Time (Rounder)
Peter Case- Paradise Etc.
On the Way Downtown: Recorded Live on FolkScene (Omnivore)

Duke Robillard & Maria Muldaur- Was That the Human Thing to Do
Duke Robillard and his Dames of Rhythm (M.C.)
Billy Novick’s Blue Syncopators- Shake That Thing
Music from The Great Gatsby (Billy Novick)
Julian Fauth- Tricks Ain’t Walking
The Weak and the Wicked, the Hard and the Strong (Electro-Fi)

Hoyle Osborne- The Entertainer
Live at the Diamond Belle (Ripple)

I’ll be hosting Saturday Morning next on November 11.