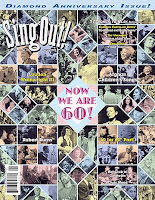 My copy of the latest issue of Sing Out! Magazine arrived in today’s mail. It’s the Diamond Anniversary issue of the most venerable of folk music publications. I’ve been honoured to be one of the contributing writers for about half of Sing Out’s 60 years (and a subscriber for a fair bit longer). It remains an essential read for anyone interested in folk music. Congratulations to Sing Out! editor Mark Moss and everyone else connected to the magazine.

As usual, this issue of Sing Out! has a bunch of my CD reviews including:

Sadly, there’s also an obituary I wrote about my old friend Kate McGarrigle. 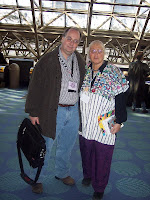 Posted by Mike Regenstreif at 6:49 AM No comments: 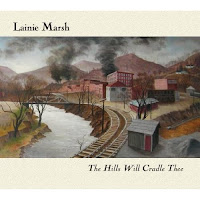 Just last week, I wrote that Natalie Merchant’s Leave Your Sleep was an early candidate for my album of the year. My early candidate for discovery of the year is Lainie Marsh, a singer and songwriter whose work on her debut album, The Hills Will Cradle Thee, is steeped in Appalachian authenticity – she grew up in West Virginia – and blended with the sophistication and imagination of a Berklee College of Music education and, quite obviously, a craftsperson’s dedication to her art.

All of those elements are revealed in “Jalopy,” the opening track, a timeless song that bears Marsh’s 2008 copyright, but that sounds like it could have been a stringband tune or country blues song from the 1920s or ‘30s or any time since. In addition to Marsh’s voice, the old-time banjo playing of Ketch Secor of Old Crow Medicine Show is a particular delight on “Jalopy.

A lot of Marsh’s songs reflect her West Virginia upbringing. “Motherlode,” a kind of down-home jazz tune, is filled with references to country life from farm animals to coon dogs to the centrality of religion. “Way Down” is written from the perspective of a coal miner’s wife who is ready to break out of her traditional role, while “Banjo Moon,” is a sweet reminiscence of simpler times and younger days back home.

A couple of songs combine Marsh’s country-folk roots with wider musical references. “Hey Ludwig” is a clever ditty that lyrically nods to some of Beethoven’s most familiar compositions while “Little Samba Queen” blends Appalachian and Brazilian motifs with nods to Antonio Carlos Jobim, João Gilbreto and Astrud Gilbreto and their classic “Girl from Ipanema.”

Although Marsh was new to me with this album, I did recognize one of her songs, “A Ways to Go,” as the lead track from Cowgirl’s Prayer, an album by Emmylou Harris from 1993. That she’s been writing such quality material for a long time suggests to me that there's probably many more great Lainie Marsh songs waiting to be heard. And I’m looking forward to hearing them. 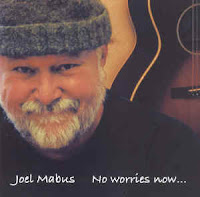 In 2004, I reviewed Golden Willow Tree, an album by Joel Mabus, in Sing Out! Magazine and led the review by saying “Very quietly, and under too many people’s radar, Joel Mabus has spent the past 25 years building one of the most impressive bodies of work spanning both traditional and contemporary folk music. He’s a fine singer, has a virtuoso’s command of guitar and banjo (and fiddle, which he doesn’t play on this particular album), has a deep repertoire of traditional ballads, old-time music and blues, and is a superb songwriter whose compositions are well informed by the traditions and traditional songs he’s mastered.”

Except for needing to add another six years or so onto his résumé, that strikes me as a good lead for a review of No Worries Now, Joel’s latest album.

Many of Joel’s past albums – this is his 20th – have had some sort of focus: albums of traditional ballads or banjo music or guitar instrumentals come to mind. The focus on No Worries Now is on his songwriting – and, from the first song to the last, he leaves no doubt that he’s a terrific and musically versatile songwriter who can knock off swing tunes filled with witty lyrics and hot guitar licks, topical songs that would do Tom Paxton proud, and riveting narrative ballads with equal facility.

Among the many highlights here are “Am I Right,” a swing tune filled with down home witticisms, “Two Cents Plain,” a ragtime song for the new depression, “Little Mister Diddy,” a clever tune about Joel’s favourite corrupt politician that could also be about your favourite corrupt politician, and “How Can I Keep From Singing,” in which he keeps the melody and repeating line from the old hymn but rewrites the verses as a universalist song of peace.

My favourite track, though, is the epic “Charlie Birger,” about a 1920s gangster who, apparently, ousted the KKK from his turf. In the tradition of Woody Guthrie’s “Pretty Boy Floyd” or Bob Dylan’s “John Wesley Harding,” Joel casts Birger as a Robin Hood of his time, a friend to the common people. Joel’s performance is so riveting and intense that you hardly notice that it’s an eight-minute ballad.

I can’t imagine a Joel Mabus album that I wouldn’t highly recommend and No Worries Now is certainly no exception. 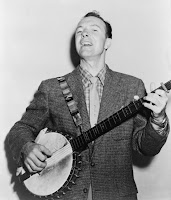