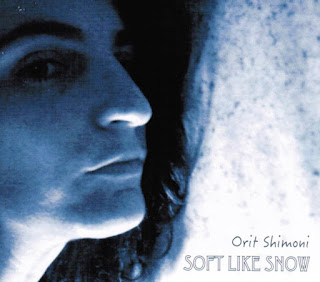 Soft Like Snow is an album that speaks of love, loss of love, memory and the futility of war. One of the best songs, “Playing Chelsea Hotel,” is a direct nod to Leonard Cohen, which was made ever more poignant because I listened to the album for the first time on the same day I learned that Leonard had died.

“Playing Chelsea Hotel” describes a brief encounter with a busking accordion player singing Leonard’s “Chelsea Hotel,” a fleeting moment of harmony when she added her voice to his, and her lingering thoughts about the busker after she’d moved on.

Another highlight is the title song, “Soft Like Snow,” which conjures wintertime images as the narrator describes searching for comfort as she contemplates carrying on after the end of an affair of the heart.

While Orit wrote and plays most of the songs on guitar, she is at the piano – playing and singing quietly but intensely – for some of the album’s most interesting songs. Among them is “Room to Myself,” set in a hotel room late at night, the television on but without sound, as she again contemplates an ended relationship and a life spent largely moving from place to place.

Another of the piano songs is “Fool,” the most thought-provoking song on Soft Like Snow. In “Fool,” Orit addresses a soldier enjoying a day at the beach, a day on which the soldier is able to escape conflict. But while the soldier is not physically at the front, she is not able to escape the thoughts of an innocent child, or innocent children, caught up in the conflict. Orit spent much of her life in Israel – a country that has known much conflict and where there is compulsory military service – and while I don’t know if Orit served in the Israeli army before moving to Canada as a young woman, I can’t help but think that she, herself, is the soldier being addressed in the song. 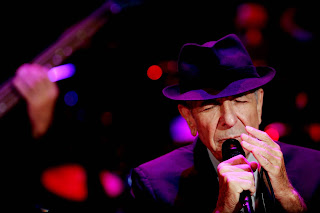 Leonard Cohen died at his home in Los Angeles on November 7 at age 82 and was laid to rest with a traditional Jewish funeral in Montreal on November 10.

After learning of his death I wrote an appreciation of Leonard for my column in the Ottawa Jewish Bulletin that drew on some of my earlier articles and reviews. The column is available at this link.

Guests: The Homestead Band; Geraldine Hollett of The Once.

The Homestead Band- Into Loving You
Live in the studio

The Homestead Band- Early Morning Rain
Live in the studio

The show is now available for online listening. http://cod.ckcufm.com/programs/129/29958.html