Arnie Naiman- Maggie at the Door
My Lucky Stars (Merriweather)

Stan Rogers- The Flowers of Bermuda
Between the Breaks…Live! (Fogarty’s Cove/Borealis) 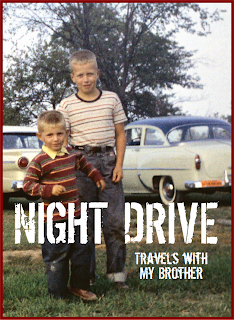 *Garnet Rogers' book, "Night Drive: Travels with My Brother," is available at garnetrogers.com. A book review will be published on the Folk Roots/Folk Branches blog in the coming weeks.

Adam Hill- Down by the Riverside
Old Paint (Adam Hill)

Charlie Sohmer & Shoe Drop- What’s the Use in Fighting
Demo

The show is now available for online listening. http://cod.ckcufm.com/programs/129/28081.html 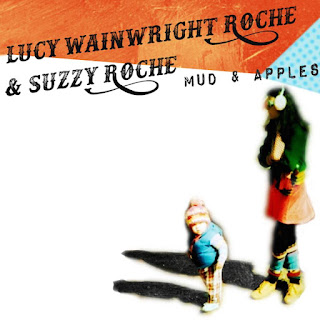 Lucy Wainwright Roche is the daughter of singer-songwriters Suzzy Roche – best known as one of The Roches with her sisters Maggie and Terre – and Loudon Wainwright III.

As I mentioned in my review of her 2010 album, Lucy, “Lucy reminds me more of her mother’s music than her father’s. The melodies, the sometimes quirky lyrics, the way she harmonizes…have a similar kind of appeal to The Roches.”

So it’s not surprising that Lucy – who maintains an active solo career and also works in a duo with her half-sister, Martha Wainwright – has formed a duo with her mother and released Mud & Apples, a lovely combination of original material (four by Suzzy, one by Lucy) and six well-known, but well-suited, cover songs.

The album opens with Suzzy’s “Cold October Day,” a break-up song that begins on a cold autumn day with the narrator’s brave and philosophical resoluteness to move on – after all the sun still comes up the next day – and then moves through the seasons. She’s still resolute at the start of winter when the snow comes – she knows it will eventually melt – but admits to her heartbreak in spring. Finally, come summer, she’s come to terms with the break-up and does move on. The song is a subtle reminder of the importance of the cycle of seasons on our lives and of taking the needed time to deal with emotions.

Suzzy’s other fine songs include “Melancholy Ways,” which may have been written as a personal heartbreak song but which, in these particularly troubled times, also works as a song of universal heartbreak as we witness recent events in Dallas, Baton Rouge, St. Paul, Paris, Brussels, Jerusalem, Baghdad and so many – too many – other places; “There’s a Guy,” a partner’s tribute to a longstanding love; and “Dinner Out,” in which she offers comfort and advice to a friend going through difficult times.

Lucy’s title song, “Mud and Apples,” is a lovely lullaby that a mother might sing to comfort a child at bedtime.

Among my favorites of the cover songs are “Rhythm of the Rain,” the Cascades 1963 hit that was also beautifully done by my late friend Jesse Winchester on his final studio album, A Reasonable Amount of Trouble; Paul Simon’s “Bleecker Street,” a sad portrait of a Greenwich Village scene in the early-1960s; and a simultaneously familiar and fresh sounding version of “Both Sides Now,” Joni Mitchell’s enduring classic.

As on many of the great Roches albums, it’s sometimes hard to tell who is singing lead and who is supplying the perfect familial harmonies. And Lucy (vocals and guitar) and Suzzy (vocals, guitar, piano) get strong but subtle and never obtrusive support from pianist Patrick Tully, bassist Stewart Lerman, who has worked on any number of Roches-related projects, and multi-instrumentalist David Mansfield. (Chaim Tannenbaum recently told me that he can’ imagine why anyone would want to make an album without having David Mansfield on it.) 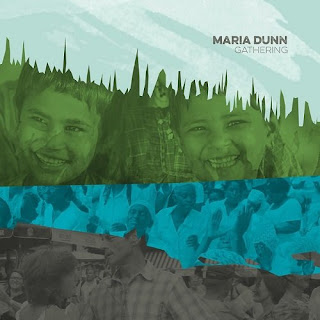 As I noted in my review of her extraordinary 2012 release, Piece By Piece, “I’ve long admired the superb work of Edmonton-based singer and songwriter Maria Dunn. She’s well-versed in traditional folk music, and like such songwriters as Woody Guthrie, Tom Russell, Si Kahn and Tom Paxton, has a wonderful and all-too-rare ability to write outside of herself from the perspective of other people with complete authenticity.”

Maria quotes the late Pete Seeger on the front cover of the lyric booklet to Gathering, her new and equally superb album: “The key to the future of the world is finding the optimistic stories and letting them be known.” And, indeed, that is what Maria has done with her 10 original songs on Gathering (there is also an excellent interpretation of the traditional “Jock Stewart” (also known as “I’m a Man You Don’t Meet Every Day”).

The set opens with “Malala,” an anthemic tribute to Malala Yousafazai, the teenaged Pakistani girl whose brave and inspiring activism on behalf of education for girls led to an almost-successful attack on her life by the Taliban and to her becoming the youngest-ever Nobel Prize laureate. With her core accompanists on the album – siblings Jeremiah McDade, Solon McDade and producer Shannon Johnson, all of The McDades – augmented on this track by singer Karim Gillani and tabla player Ojas Joshi – there is an appropriate East Asian flavor to the arrangement.

The character in the next song, “The Milkman,” is a refugee in a camp – in Africa, I presume – repenting the horrible actions he was forced to perform as a forced child soldier and hoping to turn his life around through positive action in a place so much in need of it.

“When I was Young,” is a poignant piece sung from the perspective of environmental activist Dorothy McDonald-Hyde, the first elected First Nations chief in Alberta while “Hans’ Song,” is from the perspective of an old man in Edmonton remembering his sister and the life he left behind as a young immigrant from Norway. Then “Little One” captures the general experience of so many First Nations people who went through the Canadian government’s horrible residential school system over the course of more than a century into the 1990s.

Each of these songs, and the rest, are beautifully written, arranged and sung by Maria with great sensitivity to the people they reflect and to their unique and special stories.

“How I Live” is a topical song detailing some of the difficult challenges, and the resolute determination, of people living with disabilities and their caregivers to live with dignity despite inadequate public support.

A pair of songs, “Flora,” about a specific grandmother living alone in Canada, and “When the Grandmothers Meet,” about grandmothers in several locales around the world under severe challenges, reflect the inspired and inspired impact that grandmothers have on others.

“Bedrock, Bedroll” is also written from the perspective of an old woman – one who remembers her itinerant life in the Great Depression as the wife of a miner following the work from place to place but finding joy in each other and in dancing together when their friends gathered at the end of the week.

“Music in the Meadow,” Gathering’s finale, is a lovely reminder of the beauty in nature – a reminder to stop and appreciate the world in which we live.

Maria is one of Canada’s finest and most perceptive singer-songwriters and the songs on Gathering are important additions to the Canadian folk music canon. The songs, and Maria’s singing, are exceptionally well served by the members The McDades who play throughout the album and by the occasional other singers and musicians who appear on select tracks.