In Praise of Tom Paxton, Part 3 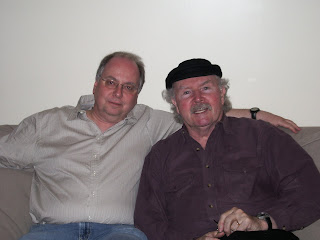 In Praise of Tom Paxton, Part 3

This was the third of three Folk Roots/Folk Branches features in praise of Tom Paxton.

TOM PAXTON- Whose Garden Was This
Tom Paxton 6 (Collectables)

That conversation with Tom Paxton was recorded on April 15th.

http://frfb.blogspot.com/
Posted by Mike Regenstreif at 8:04 AM No comments:

The March/April/May issue of Sing Out! Magazine landed in my mailbox today. The cover story is on legendary songwriter Billy Edd Wheeler.

As usual, this issue of Sing Out! includes a bunch of my CD reviews. Among them:

Montreal Gazette's Album of the Week


Although my weekly CD reviews are gone from the Montreal Gazette (I promise to start posting reviews here soon), I still occasionally write the Gazette's Album of the Week feature. This week's is my review of Jesse Winchester's new album, Love Filling Station (Appleseed).

MIKE REGENSTREIF
SPECIAL TO THE GAZETTE

For a little over a decade, beginning with his self-titled debut classic in 1970, longtime Montrealer Jesse Winchester released albums of new material at a relatively prolific rate; seven albums in 11 years, each chock filled with great songs. In the ‘80s, though, the pace slowed to a trickle. There was a new album in 1989, then a decade’s wait until 1999.

Another decade has passed. In the years since, Winchester has remarried and left Quebec – where he lived for almost four decades since arriving at Dorval Airport as a Vietnam War-era draft resistor – for small town Virginia. And, at last, we have a new Jesse Winchester studio album; nine finely-crafted original gems and three excellent covers.

Winchester grew up in Memphis and his music has often blended Memphis R ‘n’ B traditions with country and folk influences. This album also has a very strong influence of early rock ‘n’ roll, particularly the ballad tradition of singers like Roy Orbison, a bit of jazz, and, perhaps in a nod to the sounds that waft through the Virginia countryside where he now lives, a hefty dose of bluegrass. Several of the core backup musicians, including guitarist Russ Barenberg, steel guitarist Jerry Douglas, fiddler Andy Leftwich and singer Claire Lynch have deep roots in bluegrass.

A couple of the songs, Bless Your Foolish Heart and Eulalie, both in country veins, first surfaced on Live from Mountain Stage, a live album put together from Winchester’s appearances on that American public radio program. Both seem fresh and new in these arrangements fleshed out by the fine studio band.

Another previously-heard tune is O What A Thrill, a ‘90s Winchester tune covered by the Mavericks. Winchester reclaims the song for himself with a gently rocking arrangement that highlights his haunting, liquid-like tenor voice. Others in that vein include Sham-A-Ling-Dong-Ding and a version of Stand By Me, the old Ben E. King hit that Winchester convincingly makes his own with his so-very-soulful singing and an arrangement highlighting Leftwich’s fiddling.

Other standouts include It’s A Shame About Him, an infectious country-swing tune that would have done Roger Miller proud, and the simply gorgeous I Turn To My Guitar which captures the feelings that have led to the creation of so much music by so many people over so many years.

The album ends with a terrific honky tonk duet that has Winchester trading lines with Lynch on Loose Talk, Carl Smith’s huge country hit from 1955.

Posted by Mike Regenstreif at 12:18 PM No comments:

In Priase of Tom Paxton, Part 2 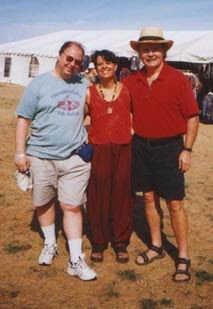 In Praise of Tom Paxton, Part 2

This was the second of three Folk Roots/Folk Branches features in praise of Tom Paxton.

One of the things Tom is known for is his topical songs. Many comment on the news of the day and he often refers to those as his “short shelf life songs.” Many others, like the next four songs, are timeless.

Tom was playing many of the same coffee houses, clubs and folk festivals as Mississippi John Hurt in the early-to-mid-1960s. Tom’s classic song, Bottle of Wine, was inspired by John Hurt’s style. So was his tribute song, Did You Hear John Hurt.

DAVE VAN RONK- Did You Hear John Hurt
Somebody Else, Not Me (Philo)
TOM PAXTON, ANNE HILLS, BOB GIBSON- Bottle of Wine
Best of Friends (Appleseed)

http://frfb.blogspot.com/
Posted by Mike Regenstreif at 5:25 PM No comments: