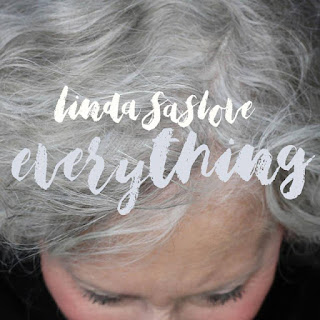 Although she’s a veteran performer on the Toronto music scene, singer-songwriter Linda Saslove grew up in Ottawa and gave some of her early performances at Le Hibou, a legendary Ottawa music venue of the 1960s and ‘70s. With Everything, Linda offers 10 well-crafted songs and well-produced songs – mostly in an acoustic folk-pop vein and mostly dealing with various themes of love or lost love.

Linda establishes the themes for the album on the first two tracks: “My True Love,” a love song expressing commitment, and a breakup song, “The Last Goodbye,” that details the conflicting emotions one goes through as a relationship comes apart.

Perhaps the most interesting song is the finale, “Different from You,” a song that seeks to bridge the differences that keep people apart. While most of the other songs are specifically about romantic love, “Different From You” is open to interpretation and could be about any kind of differences keeping people from understanding each other.