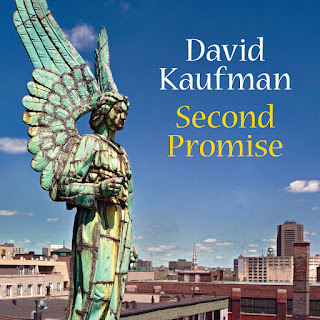 In the 1960s, David Kaufman was a young singer and songwriter performing on the Montreal folk scene. In the ‘70s, he began a long career as a Toronto-based documentary filmmaker and photographer. Much of his work has been on Jewish themes – including several films about the Holocaust – and he was recently in Ottawa giving a talk at the Soloway JCC on his photography of Jewish historical sites in western Ukraine. Now, at age 70, David has recorded Second Promise, a CD of 13 of his songs from about a half-century ago. He describes the album as “a gift to my younger self.”

Like many of the songs of Bob Dylan or Leonard Cohen – the pre-eminent Jewish singer-songwriters of the period – Kaufman’s work is melodic, poetic and often open to the listener’s interpretation as to meaning. There are Jewish motifs to several of Kaufman’s songs, including “Ruth’s Song,” based on the biblical Book of Ruth, and “So Many Davids,” which seems like it was inspired by King David.

David's voice remains strong after all these years and he receives excellent support from stellar Toronto musicians and singers including guitarist Jason Fowler, who produced the album, and harmony singer Aviva Chernick, a well-known cantorial soloist and lead singer of the Jewish world music Jaffa Road. Also included is one song, "The Fire Next Time," on which David was accompanied by Kate McGarrigle on piano and Roma Baran on guitar.