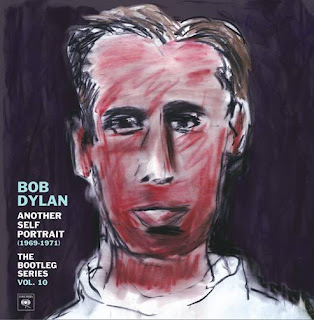 I was 16 years old and heavily into Bob Dylan when Self Portrait was released in 1970. I knew every line of every song on every album he’d released in the 1960s and well remember the almost unanimous chorus of critical mud that was slung at the album.

Well, despite what Marcus and other critics had to say – less than five years later, I’d write my own first music reviews for the Montreal Gazette – I bought Self Portrait. While I recognized that it was easily Dylan’s weakest album to date, there were a lot of songs on it that I did like and the album grew on me. Sure enough, it wasn’t in the same league as Blonde on Blonde or John Wesley Harding (my favorite Dylan album to that point), but I liked it and I’ve returned to it occasionally over the years.

Listening to the newly released Another Self Portrait (1969-1971): The Bootleg Series Vol. 10 is revelatory. Although one track, a perfunctory version of “Minstrel Boy,” was recorded with The Band during The Basement Tapes period in 1967, the rest of the 35 songs date from 1969 to 1971 and includes outtakes, alternate versions, and alternate mixes from Nashville Skyline, Self Portrait, New Morning and Greatest Hits Vol. II – as well as demos and a couple of live tracks with The Band from the 1969 Isle of Wight concert.

There are Dylan songs, traditional folksongs and songs written by other songwriters. The set really shows how creative and interesting Dylan’s work of that period is and re-enforces my oft-stated opinion that most of Dylan’s work is very much part of the great folk continuum that reaches back to what the same Greil Marcus has called the “old weird America” of folksongs, blues and minstrelsy from the 19th and early-20th centuries, and which continues through and beyond the folk revival of the 1950s and ‘60s. As I wrote in my “Bob Dylan at 70” essay in 2011, Dylan never abandoned those traditions, he took them in new directions.

Before listening to Another Self Portrait as a whole from beginning to end, I went straight to a couple of songs written by old friends of mine that were recorded at the Self Portrait sessions but never released. Both Tom Paxton’s “Annie’s Going to Sing Her Song” and Eric Andersen’s “Thirsty Boots” are songs I’ve always loved. Tom and Eric, respectively, sang those songs at the Golem, the Montreal folk club I ran in the 1970s and ‘80s, and later as my guests on the Folk Roots/Folk Branches radio program.

“Annie’s Going to Sing Her Song” is one of three songs that Tom wrote about the mysterious Annie (the others are “When Annie Took Me Home” and “Has Annie Been in Tonight”). I long wondered about Annie and finally asked Tom about her during a songwriters’ workshop I was hosting at the Champlain Valley Folk Festival in 2001. It turned out that Annie was just Tom’s fictional creation. Dylan’s lovely version – with nice support from David Bromberg on guitar and Al Kooper on piano – is a nice nod to the man who was (in my opinion) Dylan’s greatest peer as a singer-songwriter on the Village folk scene.

Eric’s “Thirsty Boots,” also with Bromberg and Kooper, I think, is both a nice nod to Eric, but also
to the civil rights movement and the songs it inspired – a soundtrack to which Dylan himself contributed mightily.

I loved hearing Dylan doing the various traditional folksongs included in this set. Among the best are “Little Sadie,” a traditional Appalachian murder ballad, “Days of ’49,” a California gold rush ballad, and “Belle Isle,” a Newfoundland folksong, all stripped of the superfluous overdubs from the Self Portrait release; a beautiful version of “Pretty Saro”; a terrific version of “Railroad Bill” that I’m pretty sure is based on Ramblin’ Jack Elliott’s version; “This Evening So Soon,” a version of “Tell Ol’ Bill,” that Dylan acknowledges picking up from Bob Gibson; “Tattle O’Day,” a version of “I Buyed Me a Little Dog” that sounds like it was picked up from Dave Van Ronk’s version; “House Carpenter," the British ballad with an arrangement built around Kooper's piano; and a variation of “Bring Me a Little Water (Sylvie)” that seems quite different from any of the many other versions I know.

Other tracks from Self Portrait that are completely rejuvenated by having the overdubs stripped off are “All the Tired Horses,” a pretty throwaway on which the back-up singers sing the only two lines over and over; the wordless “Wigwam”;  and “Copper Kettle,” a faux-folksong from the 1950s that Dylan likely picked up from the singing of Joan Baez.

Among the other highlights are the slower, alternate version of “If Not for You,” from the New Morning sessions featuring Dylan on piano and an unidentified violinist; the acoustic demo version of “Went to See the Gypsy” that leads off the first CD; a version of “Only a Hobo,” with Happy Traum playing banjo and singing harmony that was recorded at the sessions for the Greatest Hits Vol. II bonus tracks; and the demo of "When I Paint My Masterpiece" that ends the album. It's an appropriate coda to the collection for a songwriter who has created so many masterpieces over the past 50 years.

There are also a couple of interesting alternate mixes of tracks from New Morning. The title song is nicely punched up by a horn arrangement but the orchestral overdubs on “Sign on the Window” are a drag on the song. I much prefer the mix of “Sign on the Window” from the 1970 LP. I also much prefer the swinging hipster version of “If Dogs Run Free” from the LP over the alternate take included here.

Those last two minor quibbles aside, Another Self Portrait would have made for a great album 40 years ago and is a great album today.

Posted by Mike Regenstreif at 6:40 PM