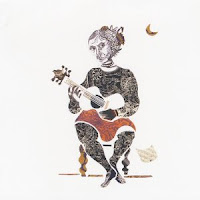 As I noted in my review of Beginnings, a Bonnie Koloc collection of vintage – but previously unreleased – live recordings, I was first turned onto Bonnie almost four decades ago by the late Steve Goodman, one of her contemporaries on the Chicago folk club scene at the time.

Taking Steve’s enthusiastic recommendations to heart, I collected Bonnie’s 1970s recordings, all of which are now long out-of-print. On Rediscovered, Bonnie has recorded new versions of 10 songs from earlier albums, most of them from that period (and a couple from her much more recent and presumably still in-print CD, Visual Voice).

As always, Bonnie’s music falls somewhere between contemporary folk and pop music with strong elements of blues – particularly showing the influence of the classic woman blues singers of the 1920s and ‘30s – and jazz.

If anything, Bonnie’s interpretive skills have deepened and the arrangements on these 10 songs – a nicely balanced collection of five original songs and five drawn from other songwriters – are beautifully intimate featuring small groups or small groups plus strings.

Among my favorites from among Bonnie’s own songs is “Children’s Blues,” a powerful, deeply-felt commentary about the painful, often lasting effects of parental conflict on young kids. Despite not having heard the LP version in about 25 years, it’s a song I’ve never forgotten. The perfect arrangement is built on Larry Kohut’s heartbeat bass with Chris Siebold’s acoustic rhythm guitar and lead lines from John Rice on dobro and Steve Eisen on tenor sax – and, of course, Bonnie’s superb singing.

Another is “Two Black Guitars,” a heartfelt remembrance of Bonnie’s late brother Jim, also a musician, that references the Everly Brothers and ends with a coda from the Everlys hit, “Bye Bye Love.” Howard Levy’s sublime harmonica playing adds much to this and several other songs.

Among the covers, there’s a great version of Lil Green’s classic “In the Dark,” which Bonnie starts singing a cappella – her voice slipping and sliding effortlessly around the melody – before Kohut, Rice and Sibelod move in under her.

Another favourite cover is John Prine’s “Angel from Montgomery,” a song that draws on an old woman’s somewhat bitter memories and feelings. It’s a song that almost demands a woman’s voice and Bonnie nails it.