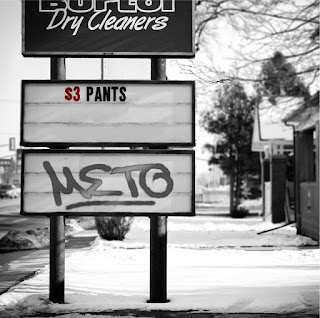 Once upon a time – or, more accurately, the 1970s – my favorite Canadian band was a folk-bluegrass-country-jug band from Saskatoon called Humphrey & the Dumptrucks. I met the Dumptrucks – guitarists and lead singers Michael “Earnie” Taylor and Graeme Card, banjo and Dobro maestro Gary “Humphrey” Walsh and acoustic bassist Michael “Bear” Millar – for the first time, circa 1972, when I was helping to run the Yellow Door Coffee House in Montreal and they came to play a weekend gig.

The band was tight, they wrote great original material, and their shows and LPs were always a guaranteed good time. Graeme left the band in 1973 and Humphrey & the Dumptrucks carried on as a trio that was just as good and just as entertaining. I brought them back to Montreal to play at the concert series I was running at Dawson College in ‘73 – which I recall being one of the best attended shows ever during that two-year series – and they played at the Golem, the folk club I was running in Montreal in 1976 when they came to town for an extended run at Centaur Theatre of “Cruel Tears,” the country-and-western opera they co-wrote with playwright Ken Mitchell, as part of the cultural programming for the Summer Olympic Games. “Cruel Tears” was one of the most memorable Canadian theatrical productions of that era.

While none of the terrific LPs recorded by Humphrey & the Dumptrucks has ever been reissued on CD, you can hear some of them on YouTube.

The Dumptrucks broke up in the early-1980s and Michael “Earnie” Taylor settled in Stratford, Ontario where he worked for the Stratford Festival for many years and continued playing music. He formed a band called Me & My Uncle (with Humphrey on banjo) which released a terrific self-titled CD in 1996. He followed that with an equally terrific CD called Folk ‘n’ Western released under his own name in 2002.

Now, 15 years since the last CD, comes $3 Pants by the Michael Earnie Taylor Orchestra (METO). In addition to Michael on guitar, kazoo and most lead vocals, METO includes Jeff Laughton – who was in Me & My Uncle and also played on Folk ‘n’ Western – on acoustic bass and harmony vocals; Ross Mulligan on electric and nylon-string guitars; and Terri Dans and Carol Miller on kazoo and vocals. Terri and Carol each take the lead vocal on one song.

The album opens with a fun version of “Ring of Fire,” a Johnny Cash hit from 1964. Cash’s version of the song featured an instantly recognizable intro and fills played by a mariachi horn section while METO’s kazoo trio plays those parts here. You can tell that METO’s arrangement is both tongue-in-cheek and respectful.

Then comes a new version of “Calgary Song,” one of Michael’s original songs from Six Days of Paper Ladies, the first Humphrey & the Dumptrucks LP. Hearing it again after all these years reminded me of great times listening to the Dumptrucks and of the time Michael showed me the guitar chords for “Calgary Song” about 45 years ago. $3 Pants also includes a new version “Clyde Beattie,” also first recorded on Six Days of Paper Ladies, Michael’s memory of the lion tamer in a circus that came through Saskatoon when he was 10.

There are also new versions of “Lady of the Prairie” and “One More for the Women,” two of the songs from “Cruel Tears.” Although it’s been more than 40 years since I’ve seen the show, hearing them on this CD brought back visual memories of the scenes in “Cruel Tears” in which they were sung.

Among the other highlights on $3 Pants are Michael’s “Tourist Town,” an infectious boogie modeled on Sonny Terry & Brownie McGhee’s “Spread the News Around” that spoofs Stratford (the opening line is taken from William Shakespeare’s “Julius Caesar”) and a deeply-felt version of Bruce “Utah” Phillips’ emotional “Rock Salt and Nails”with countrypolitan harmonies by Terri and Carol. 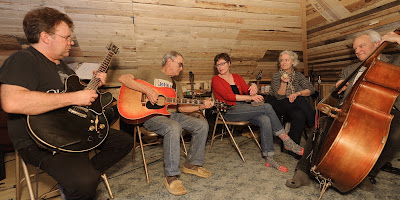 This album will certainly be appreciated by anyone who remembers Humphrey & the Dumptrucks – and should also win lots of new fans for the Michael Earnie Taylor Orchestra.