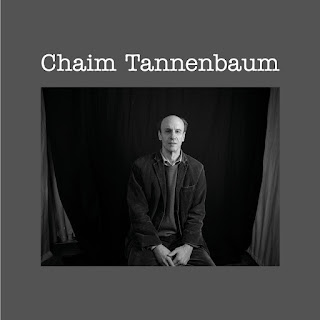 Chaim Tanenbaum’s self-titled debut album is a recording I’ve been looking forward to hearing for – quite literally – more than 40 years.

Back in the 1970s and ‘80s, I produced concerts in Montreal and ran a folk club, the Golem, and there were a bunch of times that Chaim played at the Golem and at concerts I produced as a backup musician and singer (and occasional lead singer) with Kate and Anna McGarrigle or with a group put together by Mountain City Four veteran Peter Weldon or with an early version of the Stephen Barry Band. His voice – as beautiful as a male’s voice can be and as powerful as he wanted it to be when singing blues or gospel or old folksongs or ‘50s rock ‘n’ roll – was (and is) a joy to hear. Many was the time that I tried to get Chaim to do his own gig at the Golem. And there was at least a time or two or three that I suggested he record an album. But Chaim always said no.

Between 1977 and 1980, I also did some tour booking for Kate and Anna and Chaim was always in their band in those days. I still vividly remember one night after a concert somewhere, the audience gone, listening as Ken Pearson sat at the Hammond B3 playing some old gospel songs while Chaim sang them out so powerfully – his unamplified voice filling the hall on top of Kenny’s playing. There was nothing like it.

Over the years, Chaim continued to work, off and on, with Kate and Anna – and, also sometimes, with Loudon Wainwright III, Kate’s ex-husband, while continuing to shun the spotlight for himself. In 1998, Kate and Anna did an album called The McGarrigle Hour on which they collaborated with a bunch of musical friends and family members, including Chaim who sang lead on several songs – including an original composition. When Kate played the album for me at her house a few weeks before it came out I remember saying to her that Chaim really should make his own record and she said then that something might well be in the works. But, it didn’t happen.

Finally, though, at age 68 and in retirement from his career teaching philosophy at Dawson College in Montreal (where, by the way, I produced my first concerts as a student in 1972), Chaim has recorded that debut album I’ve been waiting more than 40 years for. Working with producer Dick Connette, whose work in Last Forever I’ve long admired, and some superb studio musicians, Chaim has created a masterwork.

While each of the songs stands on its own, there is a theme of exile that runs through many – perhaps all in some way or another – of the songs on Chaim Tannenbaum. And not just geographic exile from home (although that is very much in evidence). There is a spiritual exile articulated in the two gospel songs, there is exile from love, from society, and from the past.

Much of the album is drawn from traditional sources and performers and Chaim’s treatment of songs like “Ain’t No More Cane on the Brazos,” a Texas prisoners’ song collected by John Lomax, “Coal Man Blues,” recorded by Peg Leg Howell in 1926, and “Moonshiner,” whose sources are unclear, is masterful.

But the heart of the album lies in three extraordinary songs written by Chaim. The first one we hear is “London, Longing for Home,” perhaps the song in which the theme of exile is most obvious. The song’s narrator spends nearly 10 minutes describing the city, from its sites, to its rich history, to its dreary weather, and his life there all the while longing to be back at home. Chaim uses the refrain from the traditional song “Shenandoah” to represent the home he longs for.

The narrator in “Brooklyn 1955” is a hard-luck guy whose exile is from his own history, from the Brooklyn of his childhood cheering the Dodgers at Ebbets Field. His life then had promise, excitement and purpose and stands in contrast to the unfulfilled promises, emptiness and purposelessness he sees walking around that same Brooklyn neighborhood as an old man.

The third of Chaim’s songs, “Belfast Louis Falls in Love,” seems like it might be from the perspective of the same character in “Brooklyn 1955,” or, at least, someone similar. A hard-luck guy you might see drinking by himself in a bar in the afternoon who is anxious to catch your eye so he can tell you his story. As in the other two songs, Chaim’s superbly crafted lyrics and sweet melodies make the listener care about these characters.

Every one of the other songs is compelling for one reason or another but I want to call special attention to Chaim’s lovely version of Kate McGarrigle’s “Talk to Me of Mendocino,” an emotional plea from a lover left behind and longing to be asked to come along (“Won’t you say, ‘Come with me’”). Ironically, in this version, Loudon Wainwright III, the man who inspired the song about 45 years ago, joins Chaim to sing the harmony vocal.

Each of the tracks on the album is superbly arranged whether its Chaim solo, with another musician or singer, or with a small ensemble. Among the MVPs are producer Dick Connette, multi-instrumentalist David Mansfield, and Loudon Wainwright III.

Chaim Tannenbaum is an essential recording. It will be released on May 27.