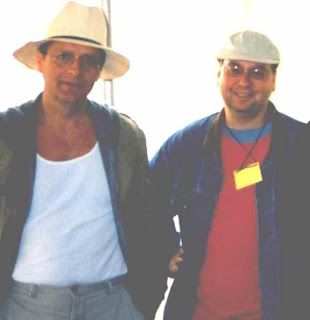 Pictured: Tom Mitchell and me at the 1999 Champlain Valley Folk Festival where the interview heard on September 16, 1999 was recorded.

Posted by Mike Regenstreif at 7:03 PM