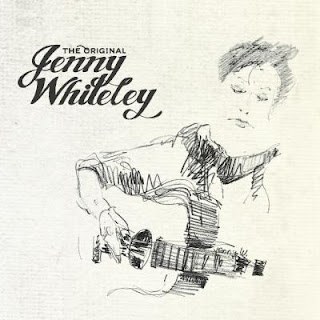 I first met the Original Sloth Band – Chris Whiteley, Ken Whiteley and Tom Evans – in the early-1970s. They had a wonderfully eclectic repertoire of songs gathered from old-time jug band, jazz, blues and folk sources.

Chris had an infant daughter back then who would grow up to be – like her father, uncle, brothers and cousins – an excellent musician, singer and songwriter and who now has five solo albums to her credit. Jenny Whiteley’s first recording projects – long before she started making solo albums – were in the 1980s when she sang with dad and uncle on their Junior Jug Band LPs.

Jenny’s fifth solo album, The Original Jenny Whiteley, is a homage to her dad. Whether on songs like “Stealin’, Stealin’” or “Things are Coming My Way,” which were on Original Sloth Band LPs back in the ‘70s, or on other vintage songs, or even her own original material,  they were all, she notes, “influenced in some way by his music.”

The Original Jenny Whiteley is a delightful 11-song romp. Among my favorites are the already mentioned “Stealin’, Stealin’” and “Things are Coming My Way,” the latter featuring harmony vocals from Chris and Ken; her own songs “Banjo Girl,” reprised from Jenny’s 2006 album, Dear, and “Higher Learning”; the traditional classic “In the Pines”; and Uncle Dave Macon’s “Morning Blues,” a favorite I first heard on the Jim Kweskin Jug Band Jug Band Music LP in the ‘60s.

Aside from Jenny’s own vocals and guitar, most of the backup on The Original Jenny Whiteley is by multi-instrumentalists Sam Allison, who produced the album, and Teillard Frost, who, as Sheesham & Lotus, are highly reminiscent of the Original Sloth Band.