Lisa Gutkin – From Here On In; Robin Greenstein – Tears and Laughter 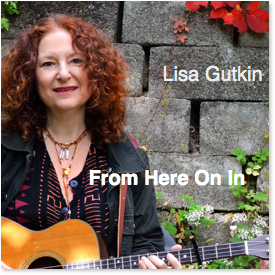 LISA GUTKIN
From Here On In
lisagutkin.com

The Klezmatics have long been one of my favorite bands and on From Here On In, Lisa Gutkin, the band’s superb violinist – who has also worked in many other contexts over the years – steps out with a too-short EP of six of her own songs (two of which are new versions of songs recorded on Wonder Wheel, the Klezmatics’ Grammy-winning CD of Woody Guthrie lyrics that Klezmatics members set to music).

So far as I know, Lisa – who lives in New York City – did not plan this CD as any kind of a commentary on the events of September 11, 2001, but I’m writing this review on the 15th anniversary of 9/11, and I first listened to it in the days up to it, so I’m hearing some of the songs with that filter.

There is nothing overt in the lead-off song, “Manhattan was a Tangle,” co-written with Maggie Dubris, to reference 9/11 – but so much the imagery reminds me of that day: the song’s narrator is a mourning dove; the description of “milkweed blowing like snow” makes me think of the ashes that filled the sky; the little girl saying “Daddy, watch me fly,” makes me think of people falling or jumping out of the burning buildings before they fell; and the refrain, “A voice said cry, cry, where shall I cry?/Cry down by the waters wild,” just makes me think of the shock and sadness we all felt on September 11, 2001.

Another song, “For All of You,” which starts out seeming like a love song and then turns into a tribute to friendship, seems like it could be about recovery from those events and the resilience of the human spirit.

And the other Woody Guthrie setting, “From Here On In,” also reminds me of human resilience and the need to move forward.

It’s great to hear Lisa’s fine singing on these songs and, of course, her always superb work on violin, viola, and, here, on tenor guitar. She receives excellent support throughout the CD from musicians including producer John Lissauer on piano, Byron Isaacs on bass and backing vocals, Buddy Cage on peal steel, Will Holshouser on accordion, and Fiona McBain and Vaneese Thomas on backing vocals.

Hopefully, this 22-minute EP is a harbinger of more to come from Lisa. 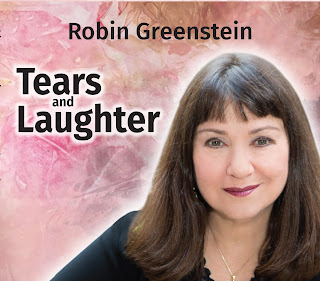 One of the songs on Tears and Laughter, the new album by New York City-based singer-songwriter Robin Greenstein does directly address 9/11. “Hole in the Ground” is a poignant reminder of the devastation of that day, of the lives lost, and of the world’s lost innocence.

The other standout song on this CD is “Here I Am (Hineni),” a moving retelling of the biblical legend of Abraham’s near-sacrifice of his son, Isaac, which unfolds like a rabbinic midrash and ends with a question on how one might respond to a demand from God for blind devotion. A relevant question in a time when religious fundamentalism seems to be on the rise in reaction to modernity (or post-modernity).

Other highlights here include the title track, a song of hope for resiliency in the face of everyday adversity; “A Tale of Two Cities,” a commentary on the different experiences of those in different parts of New York City at the time of Hurricane Sandy; and “Happy New Year,” a bittersweet song that expresses both hope for the future and sadness at great loss.