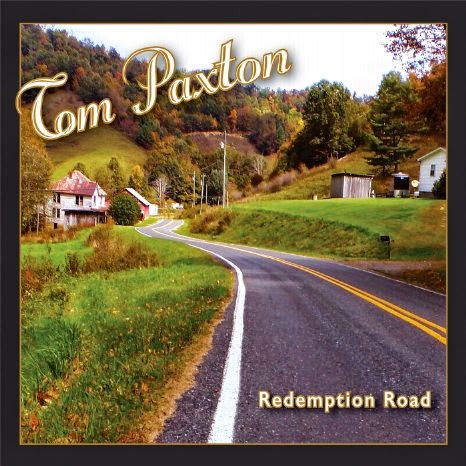 About five years ago, when Sing Out! magazine was celebrating its 60th anniversary, I was among the people asked to contribute to a year-long symposium that talked about how folk music came to be important in our lives. I related an anecdote which I’ve repeated before and will again now.

In 1968 or ’69, when I was 14, or maybe just turned 15, I heard there was going to be a big folk concert at McGill University in Montreal and decided to go. It was a bunch of local performers – including Jesse Winchester, Bruce Murdoch and Penny Lang – doing short sets in the first half, and a headliner from New York in the second. When I got there, I discovered it was a “blanket concert”: thousands of McGill students – four, five, six and more years older than me – sitting on blankets on the floor of a huge gym. It was pretty full and I had no blanket so I sat on a long bench that lined the back of the gym wall. Between the local performers’ sets, I had an interesting conversation with a man in his early 30s sitting next to me. He obviously knew a lot about folk music and gave me some great suggestions on records to look for. When the intermission was announced, he said he enjoyed talking with me and left.

After the break, the MC, Tex König, introduced “one of the greatest of the Greenwich Village folksingers: Tom Paxton!” The man I’d been talking to all night walked on stage and did an amazing hour-long set that I still vividly remember more than 45 years later.

That was the “it moment” for me. I started to listen to every record and read every folk music book I could find. I subscribed to Sing Out!, went to coffeehouses and concerts, and was soon a part of the action – hanging out, learning some guitar, putting on concerts, running folk clubs, volunteering at folk festivals and writing articles and reviews. It became a way of life – and still is.
So, Tom Paxton, who, some years later, became a good friend, and who I’ve had the pleasure of working with a bunch of times in different contexts over the years, had a lot to do with drawing me into the folk music life.

Tom – who is now 77 and has announced he’ll soon retire from the road – is about to release Redemption Road, another in the series of albums he’s released over the past half-century on which the songs – even when addressing contemporary social issues – all quickly feel like old friends. There are songs that will make you smile, some that might bring a tear to the eye, and more than a few that will make you think and remember (even if your memories might not be the same as Tom’s or Tom’s characters).

The album opens with a pair of light-hearted songs. “Virginia Morning” is an up tempo celebration of the end of winter, a beautiful spring day and the state in which Tom has made his home in recent years. It’s followed by “Susie Most of All,” a fun, bouncy tune filled with delightfully nonsensical rhymes that kind of reminds me of Mississippi John Hurt meets “Green, Green Rocky Road.”

The fun continues later in the album with “Skeeters’ll Gitcha,” a duet with John Prine, and “The Battle of the Sexes,” which wittily traces the eternal battle from the Garden of Eden up until today.

Among the songs that kindle memories are “Time to Spare,” a look back at youthful idealism that gets tempered by the realities of responsibilities; “Central Square,” an ode to the great love of one’s youth who got away; and “The Mayor of Macdougal Street,” a fond remembrance of Tom’s close friend – and mine, too – Dave Van Ronk.

In “The Losing Part,” Tom sings from the vantage point of age about the changes and loss that come with it. Although Tom apparently wrote the song several years ago, it takes on even deeper meaning thinking of Midge Paxton, Tom’s wife of more than 50 years, who passed away last year. I always so enjoyed Midge’s company when she came up to Montreal or to a folk festival with Tom.

Even when the stories they tell are the stuff of fiction, I’ve always thought that Midge inspired Tom’s love songs. “Ireland” on this album tells a beautiful story of falling in love so many years ago and whether or not the story being told in it is about Tom and Midge, or is fiction from Tom’s imagination, or perhaps some combination thereof, I clearly picture her as I listen to Tom sing.

I hear “Come On, Holy,” co-written by Tom and Jon Vezner, as a prayer for healing and for finding comfort with loved ones, friends and strangers.

“If the Poor Don’t Matter” is vintage Paxton topical songwriting that expresses compassion and common cause with the poor. Although the song would have been relevant at any time in the past century, Tom brings a very contemporary feel to the song with a hip hop feel to part of the song (which, honestly, is not far removed from the talking blues form used by Woody Guthrie in the 1940s and by songwriters like Tom, Dylan and Phil Ochs in the 1960s).

Tom grew up in Oklahoma and has written any number of songs over the years – among them “Deep Fork River Blues,” “Along the Verdigris” and “My Oklahoma Lullaby” – inspired by the state. Here he gives us “Buffalo Dreams,” which vividly recalls the people and the open plains of the state.

The penultimate song is the title track, “Redemption Road,” a beautiful song from the perspective of age and a life well lived. Tom’s lyrics are a perfect complement to the melody written as a guitar instrumental called “Redemption” by Geoff Bartley, another mutual friend of many decades. Janis Ian sings lovely harmonies on the song.

The album ends with the Irish folksong “The Parting Glass,” traditionally sung as an end-of-the-evening farewell. It seems a perfect choice with Tom’s impending retirement from the road and also as a nod to the traditional folk music that inspired the young Tom Paxton to spend a lifetime adding so much richness to the traditions.

The album was produced by Jim Rooney, always a great producer for primarily acoustic recording sessions, and features some of the fine Nashville musicians who frequent Jim’s Nashville productions, as well as contributions from Cathy Fink, Marcy Marxer and Geoff Bartley, who have often collaborated with Tom on stage over the years.