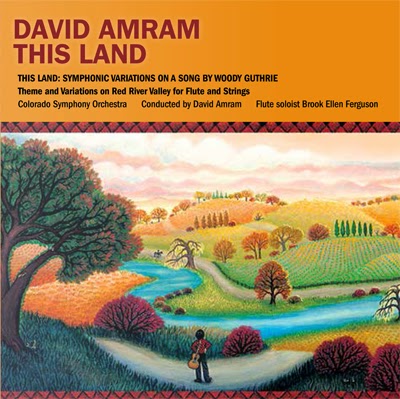 In a review last week, I referred to the late Dave Van Ronk as one of my teachers. Another was David Amram who I first encountered in 1974 when he was performing at the Mariposa Folk Festival and I was an area co-ordinator (stage manager).

Never before – or, for that matter, since – have I ever met anyone like David. I’ve seen him conduct symphony orchestras, play folk music at jazz festivals, jazz at folk festivals, and music from around the world everywhere. He’s composed all manner of musical works from symphonies and operas to jazz to contemporary folk songs to film and theatre scores. His books are fascinating reads. He’s worked with many of the greatest orchestras and with people ranging from Leonard Bernstein to Dizzy Gillespie and Charles Mingus, and from Bob Dylan to Ramblin' Jack Elliott, Arlo Guthrie, Willie Nelson, Jack Kerouac and me (David has brought me up on stage to read from Kerouac’s On the Road while he leads a jazz group).

At the age of 84, David has more energy than most people half his age and maintains a busy schedule of composing and performing in all kinds of contexts.

Something I learned from David more than 40 years ago is the concept of ‘no more walls’ in music and I’ve seen him approach late night jam sessions at a folk festival with the same enthusiasm he brings to conducting a symphony orchestra, playing with jazz musicians or a small folk gig. I still remember what a great time I had, and what a great time the Montreal musicians I arranged for him to play with had, when I produced his first Montreal concert in 1979 or ’80 and, years later being backstage with David at Place des Arts in Montreal after he’d conducted the Montreal Symphony Orchestra and have musician after musician walk over to say they’d never had such a good time.

On This Land, David’s new CD, he conducts the Colorado Symphony Orchestra on two of his compositions: “This Land: Symphonic Variations on a Song by Woody Guthrie” and “Theme and Variations on Red River Valley for Flute and Strings.” Both are beautiful pieces that combine folk music and classical music in the tradition of Aaron Copland pieces like “Appalachian Spring,” “Billy the Kid” and “Rodeo.”

On “This Land: Symphonic Variations on a Song by Woody Guthrie,” which was commissioned by Woody’s daughter, Nora Guthrie, who runs Woody Guthrie Publications and has been the catalyst for bringing so many “new” Woody Guthrie songs to our attention over the past two decades, David uses Woody Guthrie’s melody from “This Land is Your Land” as the starting point to chronicle some of Woody’s travels – and the folks he encountered – from his childhood in Oklahoma through his last creative years in New York City. The variations – there are six major parts – use both “This Land is Your Land” and David’s own melodies that flow organically from Woody’s.

The piece begins with “Theme and Fanfare for the Road & Variation I: Oklahoma Stomp Dance” which imagines Woody as young boy in Okemah hearing the music of the Cherokee on a Saturday night.

The exuberance of Saturday night in the opening section turns to quieter reflections in “Variation II: Sunday Morning Church Service in Okemah.”

By his late-teens in the late-1920s, Woody was living in Pampa, Texas and beginning his life as a musician. Those days are reflected “Variation III: Prelude and Pampa Texas Barn Dance.” This section has a distinctly Celtic feeling from its contemplative opening through the livelier, brassier barn dance.

In “Variation IV: Sonado con Mexico (Dreaming of Mexico),” David reflects the music of the border areas, and the lives of the Mexican migrant workers Woody wrote about in many of his songs. Whether recalling a bullfight or polka dancers, this is one of the most exciting parts of the symphony.

Woody, of course, lived through the Dust Bowl era and chronicled the devastation of the period and the resilience of the people of the American southwest who lived through those times in Dust Ballads like “So Long, It’s Been Good to Know You,” “Dust Bowl Refugee,” I Ain’t Got No Home,” and many others. That pivotal time is reflected in the saddest part of the piece, “Variation V: Dust Bowl Dirge,” built around the string section.

By 1940, having written “This Land is Your Land,” Woody was in New York City and it is there, after the sadness of the Dust Bowl, that the piece is at its most joyous in the concluding “Variation VI: Street Sounds of New York’s Neighborhoods,” which reflects some of the many ethnic cultures that contribute to the metropolitan culture. Listening to the orchestra play is akin to walking with Woody through the neighborhoods hearing the musical sounds of Caribbean immigrants on one block, of Eastern European Jews on another, of Salvation Army bands playing on busy street corners, and of the celebrations at the end of World War II. 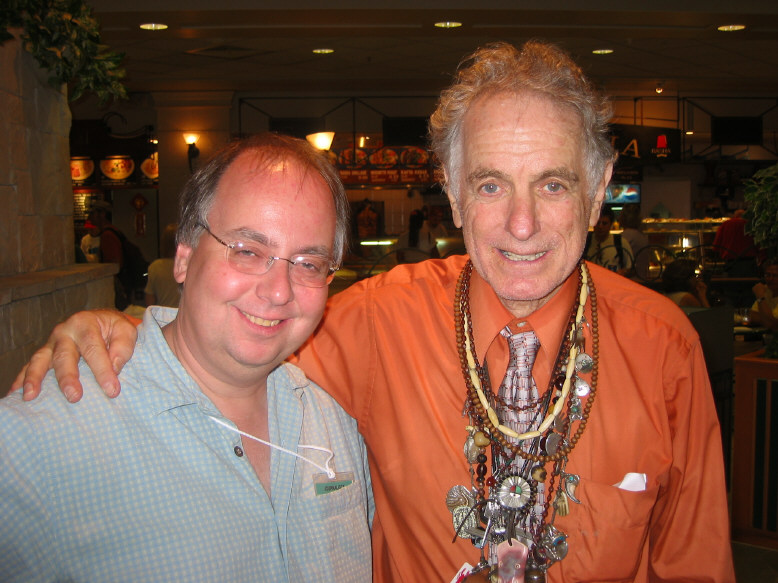 “This Land: Symphonic Variations on a Song by Woody Guthrie” is a magnificent achievement. And, although the words are never sung, we are constantly reminded of Woody’s vision – that “this land was made for you and me.”

The CD release, by the way, celebrates the 75th anniversary of when Woody wrote“This Land is Your Land.”

“Theme and Variations on Red River Valley for Flute and Strings,” featuring flute soloist Brook Ellen Ferguson, is a lovely, 14-minute piece built around the melody of the cowboy folksong popular in Texas (although folklorist Edith Fowke traced the song’s 19th century origins back to the Red River Valley in Manitoba). As on “This Land,” David’s no-more-walls blending of classical form, folk melody and regional sensibility is absoluty seamless.

Posted by Mike Regenstreif at 4:55 PM