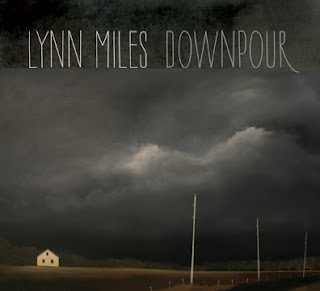 Mike Smith’s cover painting – a beautiful, but lonely scene of a solitary farmhouse and some telephone poles out in the middle of nowhere under a stormy sky – and the title, Downpour, set the scene for the 11 superbly crafted and beautifully arranged and performed songs on Lynn Miles’ new album. It’s a scene that suggests a certain degree of chosen isolation broken up, at times, by forces of nature and communication.

The album opens with the stunning “More,” a series of metaphorical contrasts that suggest a spirit intent on complete experiences in everything she does. Some of my other favourites on Downpour include “My Road,” an honest song about the loneliness and the fulfillment, the joys and the sorrows of the musician’s life on the road; “Party Too Long,” a song that I think most of us who’ve reached a certain age can relate to; “Sad,” a succession of comparisons that suggest images of sadness; and “Million Brilliant,” an insightful song that kind of shows how so many of the feelings and emotions described in many of the other songs on the album are really a part of every complex human relationship – including relationships that are sustained over time. “Million Brilliant,” by the way, would be a great song for a bluegrass band looking for superior material.

Downpour is an intimate album performed by Lynn on vocals and several instruments including guitars, piano and pump organ, and just one collaborator, producer Ian Lefeuvre on harmony vocals and multi-instruments. Lynn and Ian have worked together on several of Lynn’s earlier albums and the musical chemistry between them is palpable. 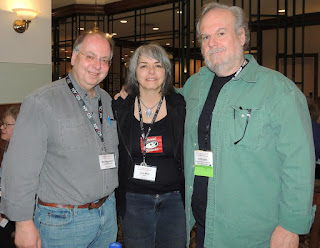 I’ve a deep appreciation for almost all of Lynn’s past work and several of her albums are favourites from my music collection. Downpour, though, has quickly become my favourite Lynn Miles album (at least until her next one) – and that says a lot.

Posted by Mike Regenstreif at 4:44 PM