The Way We Feel – The Songs of Gordon Lightfoot 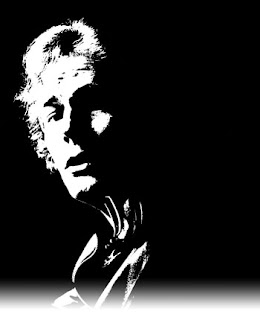 Gordon Lightfoot was still in the relatively early stages of his career as a major folk-rooted singer-songwriter when my own musical interests began to centre on the folk scene. His third LP, Did She Mention My Name, was the first of Lightfoot’s albums that I bought new when it first came out in 1968 and I quickly acquired the first two and many of the ones that followed. His 1960s albums, and several from the ‘70s, still resonate particularly strongly with me.

Over the past decade, Toronto-based singer-songwriter Jory Nash has organized an annual tribute concert at Hugh’s Room in Toronto, in which a revolving cast of artists, and a house band, each do a pair of Lightfoot songs. Lightfoot himself has shown up occasionally and performed a couple of songs – including last Sunday, the third of a three-night stand.

Last night, Jory Nash brought The Way We Feel – The Songs of Gordon Lightfoot to Centrepointe Theatre in Ottawa. Interestingly, although there was overlap, the roster of artists was substantially different from the Hugh’s Room shows last weekend.

MC David Newland, who opened the show with a song and did a great job of keeping the show flowing, and the superb house band – guitarist Jason Fowler, pianist David Matheson, bassist David Woodhead, and Christine Bougie, who switched between drums and lap steel – as well as featured artists Lori Cullen, John Wort Hannam, Jory Nash, and Andy Maize & Josh Finlayson of the Skydiggers, were on the Hugh’s Room bill. The additional artists in Ottawa were Cadence, Rick Fines, Oh Susanna and Suzie Vinnick (fresh from winning a couple of Maple Blues Awards last week). Band members Jason Fowler and David Matheson also took turns in the spotlight with a couple of songs each.

In the hundreds of songs Lightfoot has written and recorded over his long career, the artists had a wealth of material to choose from and included several of his best known songs and several of the more obscure.

Certainly, the evening’s high point was when the entire cast gathered on stage at the end for gospel-style version of “Rich Man’s Spiritual,” which Jory Nash pointed out was the first song on Lightfoot’s first album. Each verse was led by a different artist or group of artists, with everyone else joining in and leading the audience on the call-and-response parts. It was a joyous moment and a perfect finale.

Among the other highlights were Jory’s solo version of “Mother of a Miner’s Child,” Lori Cullen’s jazz ballad version of “Rainy Day People,” Rick Fines’ soulful rendition of “Ribbon of Darkness,” which included some sublime slide guitar playing, Oh Susanna’s country version of “Early Morning Rain,” John Wort Hannam’s lovely solo rendition of "Your Love’s Return" and Suzie Vinnick’s electrified take on “If You Could Read My Mind.”

In all honesty, there were a couple of arrangements that didn’t work for me. Lori Cullen’s disco version of “Song for a Winter’s Night” robbed the song of the beauty of its quiet intimacy. And I really wished that a cappella quartet Cadence had just concentrated on the lyrics to “The Wreck of the Edmund Fitzgerald” instead of also using their voices to imitate the musical instruments – the net effect was to lose much of the impact of the song’s story.

In a concert that included just 22 songs, there were so many great Lightfoot songs left unsung. No wonder this show can be mounted annually without losing its freshness.