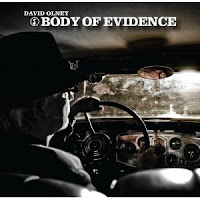 I’ve long thought of David Olney as one of the finest of songwriters and have loved almost all of his many albums and regret that I’ve only ever had one chance to see him live – a powerful 20-minute set at a Rounder Records showcase at a Folk Alliance conference I was MCing in the 1990s. Over the course of 2011 and 2012, David released a series of three, thematic EPs ranging from 20 to 30 minutes each and including both new and reinterpreted songs from his rich catalog. The three EPs are available individually or now boxed together as Body of Evidence. The three song-cycles feature rich storytelling built around well developed characters. 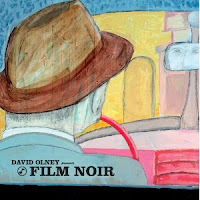 The five songs on Film Noir evoke the moodiness of classic black-and-white crime movies from the 1940s and ‘50s. Whether it’s the mystery of disappearing characters, the scene at a seedy hotel or capturing the ruthlessness of selfish ambition and broken dreams, these songs unfold vividly in the listener’s imagination. 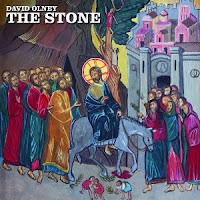 The six songs on The Stone offer observations on the New Testament legend of Jesus’ last entry into Jerusalem and crucifixion from six different perspectives and a lens that incorporates the ancient texts, varied interpretation and David’s own imagination. One song sees the story from the perspective of a religious con man turned disciple, another imagines an anthropomorphic commentary from the donkey who bore Jesus into Jerusalem. Another is sung in the questioning voice of Barabbas, the condemned prisoner who is set free just before his own execution on the cross, while yet another is from the perspective of a Roman soldier after the body has seemingly disappeared. 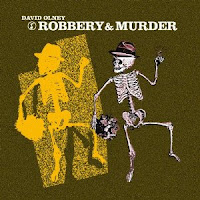 The six songs on Robbery & Murder – there are also two brief instrumental interludes – offer three alternative views each to two love stories. The story of Betty and Dupree – in which Betty demands a diamond ring and Dupree, without the means to buy her one, robs a jewelry store only to get caught – has been sung about in countless versions by countless folk and blues artists. Here David offers his own retelling in “Go Down Dupree” and “Gold Diamond Ring,” the latter sung from the anthropomorphic perspective of the ring itself, and with a version of R&B artist Chuck Willis’ adaptation of the traditional song.

The other story offers three takes on a murder of a woman named Delia who seems to me partially inspired by the Delia of many traditional folk and blues songs and perhaps partially by the Delia at the centre of “Sweat,” a short story by Zora Neale Hurston. One song is from the perspective of Delia’s lover, another is narrated by the husband who killed her, and the last is sung by Delia’s ghost, still waiting by the river for the man she loves.

Each of the three EPs has a distinctive sound suited to the different themes. Film Noir often feels like late night jazz, The Stone has quieter arrangements and Robbery & Murder is tougher and blusier. All three are compelling listening.