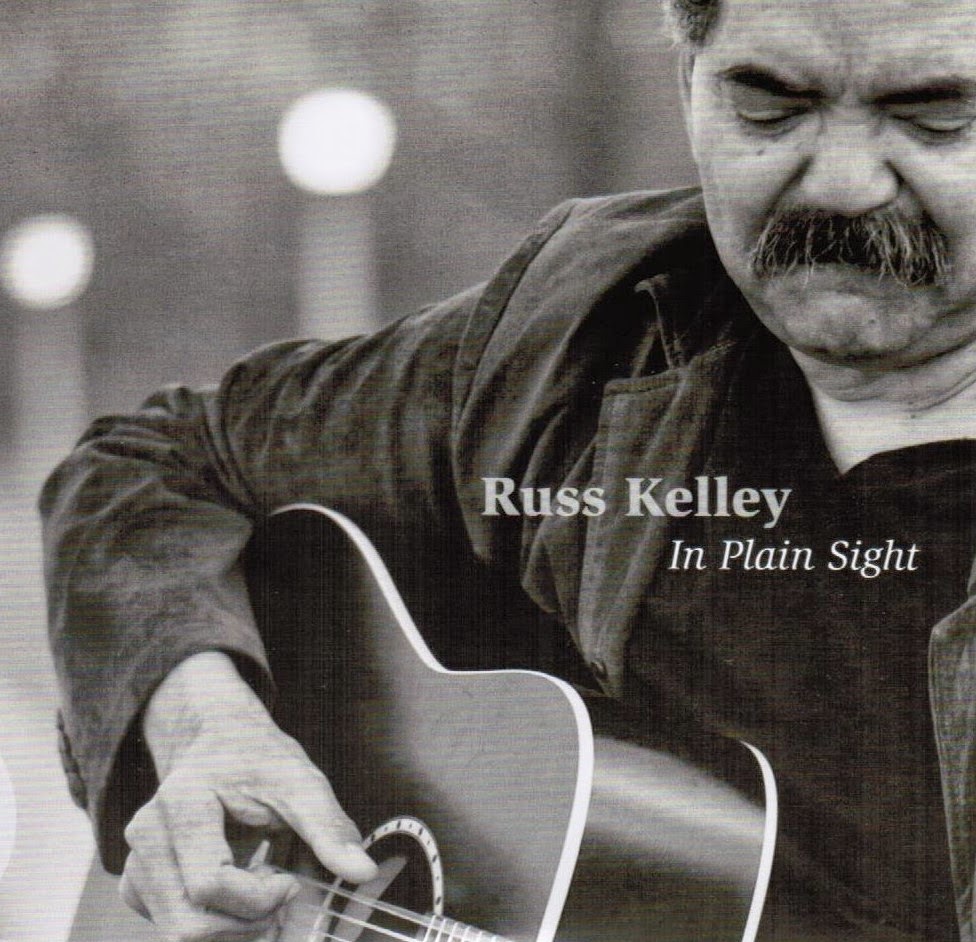 Two years ago, when Russ Kelley released Crazy Shades of Blue, his debut CD as a contemporary singer-songwriter, I noted that although it was his first CD, he was not a newcomer, that I’d known him since the early-1970s and used to listen to him often in the bars and coffee houses of Montreal when he was in a duo with Sue Lothrop; that I remember Russ and Sue for their sweet harmonies and eclectic repertoire.

I also noted that Russ stopped performing for many years after suffering a vocal cord injury in the late-1980s that led to surgery and the loss of part of his vocal range, and that he became a cultural bureaucrat and rose to become head of the music section of the Canada Council. Then, when he retired in 2011, Russ got serious again about songwriting and performing leading to touring, that first CD, and, now, his second, In Plain Sight.

While Russ’ voice may not be as sweet as I remember it being 40 years ago, it is a voice of experience and authenticity and Russ uses it effectively in delivering his well-crafted lyrics and melodies. And his excellent guitar playing, rooted in folk, blues and rock styles is also used most effectively in service to the songs.

Among the standout songs in this set is “We’re Falling,” an astute and very topical look at the state of Canadian politics and political leadership that puts the onus on the citizenry – all of us – to reclaim the country from the current “sound bite world of little substance” that has given up on science and kindness.

Others include “Whiskey Stone Blues,” a quietly powerful reflection on alcohol abuse; “Memory,” a beautiful song which, on first hearing, I thought was a piece about recalling a love from long ago, but which I now know was inspired by Russ' experience as a caregiver as his mother slipped away from Alzheimer's disease – the song is quite effective with either interpretation; and “That’s Just Who We Are,” an affirmative piece about the power of all of us to make the world a better place.

Russ launches In Plain Sight at Irene’s, 885 Bank Street in Ottawa, on Wednesday, May 6 at 7:30 pm. He’ll be joined by violinist Keith Snider and keyboardist Dave Draves, both of whose playing added much to many of the songs on the album.