Bonnie Dobson – Take Me for a Walk in the Morning Dew 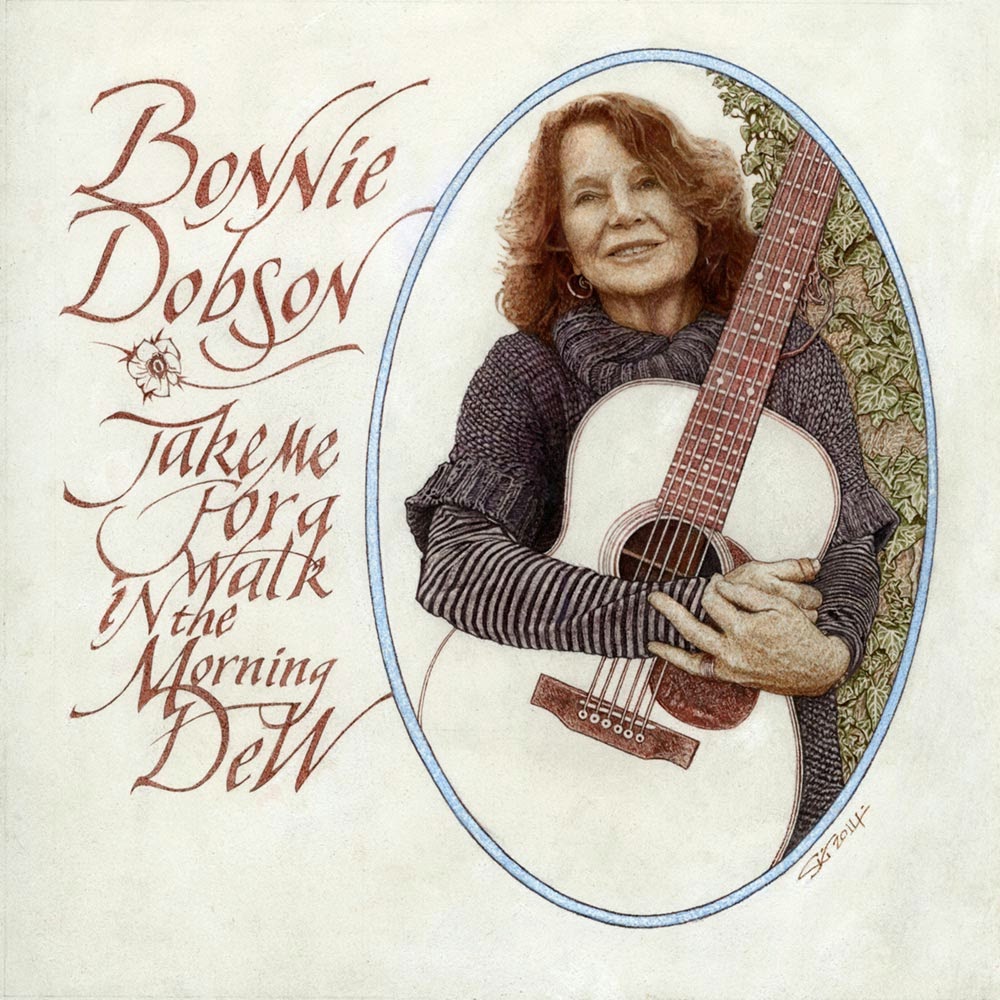 BONNIE DOBSON
Take Me for a Walk in the Morning Dew
Hornbeam Recordings
hornbeamrecordings.com

Canadian folksinger Bonnie Dobson began her career, circa 1960, singing traditional songs. She recorded quite prolifically in the ‘60s and is best known for her 1961 song, “Morning Dew,” the classic anti-nuclear war anthem recorded by countless artists from the Grateful Dead to Long John Baldry and Vince Martin & Fred Neil.

By sometime in the 1970s, Bonnie was living in England and stepped away from performing and recording for many years. She has returned with a vengeance, though, with Take Me for a Walk in the Morning Dew, a collection of new recordings on which she revisits some of the most memorable songs – both original and traditional – that she recorded back in the day, as well as several songs I’d not heard from her before.

While Bonnie’s voice is just as beautiful as what I remember from her early Prestige LPs, her singing, more than 50 years later, is much more powerful – and more than a match for the folk rock arrangements and the fine band that accompanies her – which brings a very different feeling to the familiar songs. For example, while her 1964 live recording of “Morning Dew” captured the vulnerability and fear of the Cold War period, this new version brings out the anger that such vulnerability and fear should have ever existed.

A few of my other favorite tracks include “Born in the Country,” a rocking version of Judy Roderick’s adaptation of Richard “Rabbit” Brown’s “James Alley Blues,” one of my favorite songs from Harry Smith’s remarkable Anthology of American Folk Music; “Living on Plastic,” a witty, post-divorce piece about living on credit with the bills going to the ex; and “JB’s Song,” a beautiful lament for someone who died at much too young an age.

As much as I enjoyed the band arrangements on most of the album, my very favorite piece here is Bonnie’s stunning a cappella version of the traditional “Dink’s Song.” I’ve got dozens of versions of “Dink’s Song” in my collection and this is one of the best.