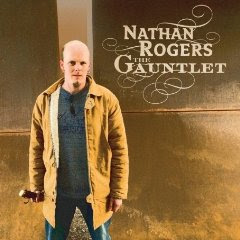 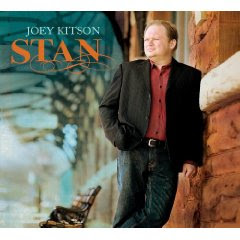 The late Stan Rogers and I were friends for about eight years before he was killed in an Air Canada fire in 1983. We met at the Mariposa Folk Festival in 1975 and I quickly booked him to play at the Golem, the folk club I was running in those days. It was at the Golem, in early-‘76 and late-’82, that Stan played his first and last Montreal concerts.

I well remember how thrilled he was at the birth of his son, Nathan, and I know how proud Stan would have been to see the man and the artist his son grew up to be.

Although Nathan Rogers certainly has his own voice, as both a singer and songwriter, I hear the very strong influence of his father in some of the songs on The Gauntlet, particularly on historical ballads like Nathan’s own “The Jewel of Paris,” set in New France in the 17th century, the traditional “Willie O’Winsbury,’ or Stan’s “The Puddler’s Tale.” Nathan’s voice is thinner and higher than his father’s was but sometimes the genetic similarity in the timbre is unmistakable.

The connection to the father he never had a chance to know shines through the strongest in “Moving Mountains,” a song in which he explains to his mother why he had to leave home as a young man and strike out on his own. Travelling some of the same roads his father had gone down a generation before, he encounters his spirit and accepts the advice his father seemed to have to left to him about following the vision that he must set for himself.

On at least one song, “Naamche Bazaar,” Nathan’s music bears no resemblance to anything Stan ever did as he – quite effectively, I would say – offers up four minutes of Tuvan-style throat singing. Along with Anne Hills, Nathan is one of only two singers not born and raised in either the Tuvan culture of Central Asia or the Inuit culture of Northern Canada that I’ve heard who can throat-sing credibly.

The Gauntlet is Nathan’s second album and his growth as an artist since the first is obvious. I look forward to following his progress as Nathan Rogers continues to follow the vision he sets for himself.

Like virtually all songwriters, Stan was thrilled to hear other artists sing his songs. In 1979, I was working with Priscilla Herdman and she recorded versions of “45 Years” and “Turnaround” for Forgotten Dreams, her second album. I played the rough mixes for Stan and he listened to them with obvious glee. Priscilla was among the first artists to record some of Stan’s songs and countless others have followed over the past three decades.

I like some of Kitson’s interpretations very much. He does very well with his soulful versions of “Lock-Keeper,” one Stan’s Great Lakes songs, and his pair of prairie farm songs, “The Field Behind the Plow” and “Lies.” Of Stan’s Maritimes songs, Kitson fares best with “The Jeannie C,” a tragic ballad about a fisherman who lost the boat his father built and named for his mother. I also like the kitchen party versions of “Fogarty’s Cove” and “Acadian Saturday Night.”

There are a few songs, though, that I don’t think Kitson nails. The rock arrangements on “Bluenose” and “45 Years” seem forced and just don’t sit right with me.

Kitson’s Stan is a reminder of what a great songwriter Stan was. Listening to Joey Kitson sing the songs of Stan Rogers kindled in me the desire to pull out Stan’s own albums and immerse myself in them again. And that was a great thing to do.

Posted by Mike Regenstreif at 10:56 PM