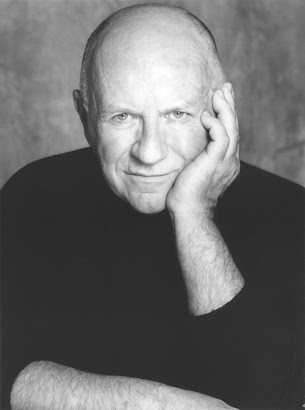 Although I’ve known for five or six weeks that this news was coming soon, I am deeply saddened today to learn that Michael Peter Smith died yesterday of colon cancer at age 78.


Let us go to the banks of the ocean
Where the walls rise above the Zuiderzee
Long ago, I used to be a young man
And dear Margaret remembers that for me

–The chorus of “The Dutchman” by Michael Smith

I was introduced to the songwriting of Michael Smith in 1972 when Steve Goodman led off Somebody Else’s Troubles, his second LP, with Michael’s song, “The Dutchman.” The song stunned me with its lyrical and melodic beauty and with how deeply the depth of the Dutchman’s character and his dementia was compassionately revealed. In 1973, when Steve did a four or five-night gig in Montreal, I got to spend some time with him and he told me a little about Michael and did several more of his great songs.

Many years later, probably sometime around the turn of this century, the great songwriter Tom Russell and I were talking about songs and songwriters and we both picked “The Dutchman” as an all-time favorite song. Tom later recorded a great version of “The Dutchman” on his 2003 album, Modern Art.

It was at some folk festival somewhere in the mid-1980s – I went to a lot of festivals in those days – that I first met Michael and saw him perform. I do recall that it was my late close friend Bruce Kaplan, the founder of Flying Fish Records in Chicago, who introduced us around the time that Michael made his first Flying Fish album. Michael was a riveting performer on stage – then and every time I saw him.

I didn’t get many chances to spend time with Michael – maybe a half-dozen or so times over the years – but I think of several occasions in recent years that I so enjoyed his company and being in his audience. In 2003, Michael came to the Champlain Valley Folk Festival in Vermont as part of Fourtold – a group he formed with Anne Hills, Steve Gillette and Cindy Mangsen – where I was one of the MCs. I was thrilled to have Michael participate in the songwriters’ workshop I hosted annually for seven years at Champlain Valley. 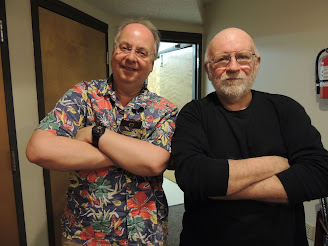 In 2005, when the Folk Alliance International conference was held in Montreal, I invited several performers from the conference to perform live on my Folk Roots/Folk Branches show on CKUT and one of my most cherished radio memories is of Michael and Anne Hills singing their beautiful duet version of “The Dutchman” while I sat two or three feet away in the studio.


Our most recent in-person visit was in December 2014 when Sylvie and I were on vacation on the Gulf Coast in Florida and Michael was doing a Sunday afternoon concert in Tampa, about a 40-minute drive from where we were. The concert was superb and it was great to spend some time with him before and after the show. I treasure the photo – which I call “Michaels with Folded Arms” – that Sylvie took during our visit that day.

During his final weeks in hospice, Michael was cared for by Jamie O’Reilly, his long-time agent and musical collaborator, and by Anne Hills. On Facebook today, Jamie said Michael made this statement 13 days ago: “And then I realized my life was totally complete and everything I asked for in my life was there. Was there for me. And I felt so grateful. I felt so grateful. I had a wonderful true-life adventure.”

I always include an extended feature when I host the Saturday Morning show on CKCU in Ottawa every fourth week and on June 22, 2019 the feature was “Songs of Michael Smith” – 15 of his songs performed by Michael and a bunch of other artists. You can stream the show by clicking on “LISTEN NOW” at this link.

Michael left us with so many great songs and recordings. I don’t imagine that I will ever stop listening to them or stop playing them on my future radio shows. One of his songs I’ll be playing when I next host the Saturday Morning show on August 15 is “We Become Birds.”

Although I’ve never been one to believe in such things as reincarnation, I do imagine that Michael Smith must now be a bird, perhaps singing on “the banks of the ocean where the walls rise above the Zuiderzee.”

Posted by Mike Regenstreif at 3:27 PM