Corin Raymond -- There will Always be a Small Time 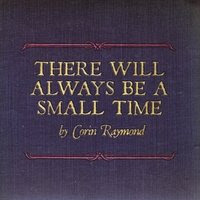 Corin Raymond
There will Always be a Small Time
corinraymond.com

From reading his bio, I gather that Corin Raymond has an earlier album and one or two before that as a member of a duo called the Undesirables, but this CD was my first exposure to him and his songs. Most of the album is solid stuff – very good songs with nice arrangements and superior production. Raymond turns in fine performances making this an album I can recommend with little hesitation, an album I expect to put on years from now and still enjoy.

There are a few songs, though, that rise above the pack. “Michelene” is a gorgeous love song with the kind of lyrical anglo-franco interplay that Daniel Lanois was doing on a couple of his early songs and an arrangement built around some excellent accordion work by Treasa Levasseur. And “The Lonely One” is a lost-at-love rock ‘n’ roll ballad that could have been a hit for Roy Orbison back in the day.

THE killer song, though, is “There will Always be a Small Time,” a near-perfect piece of songwriting that captures the essence of why musicians are compelled to play music, of why songwriters are compelled to write songs, of why they’re compelled to play their music and perform their songs for whoever’s wanting or willing to listen, and of why they make records to sell from the stage. It’s a song that celebrates the human connections that are possible when real musicians play real music for real people without any kind of corporate filters.

“There will Always be a Small Time” is one of those it’s-worth-the price-of-the-album songs. That there’s lots of other worthwhile stuff on the CD is almost a bonus.